Cranial cruciate ligament injuries (CCLR) are complete or partial tears of the ligament or avulsions of the origin or insertion.

Cranial drawer is a term used to describe excessive craniocaudal movement of the tibia relative to the femur as a result of cruciate ligament injury.

(Before surgical procedures, preoperative x. ray is made to allow for TPA calculation required for rotation measurement, identifying the femoro-tibial translation and OA progression) 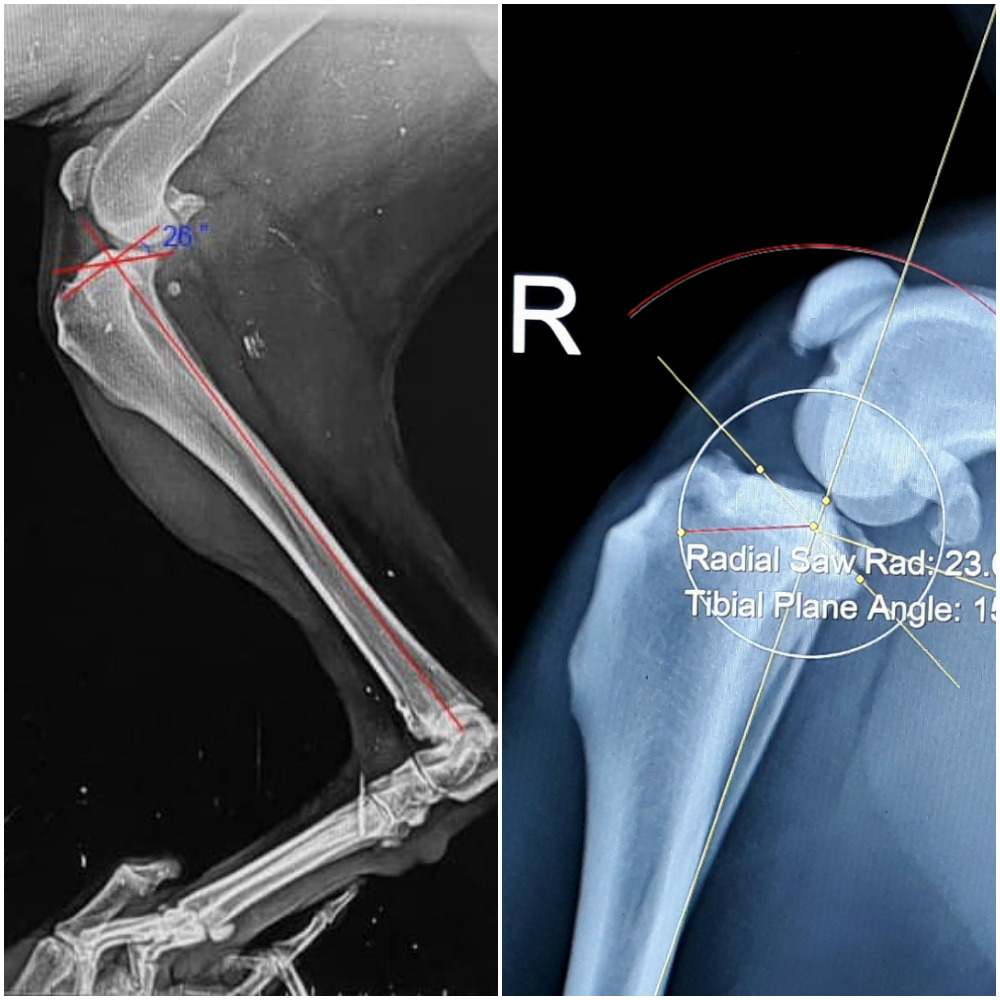 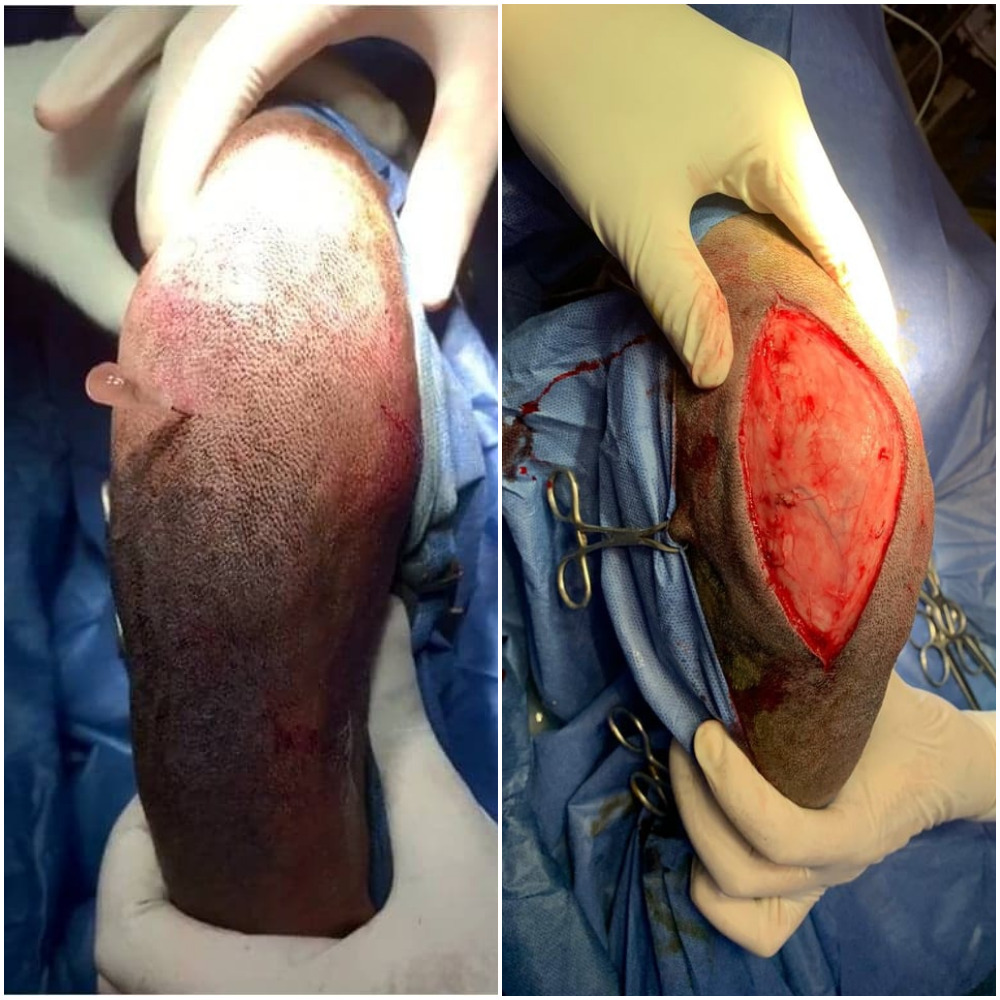 3. The patella and patellar tendon are reflected to lateral or medial side to allow visualization of the internal stifle structures. 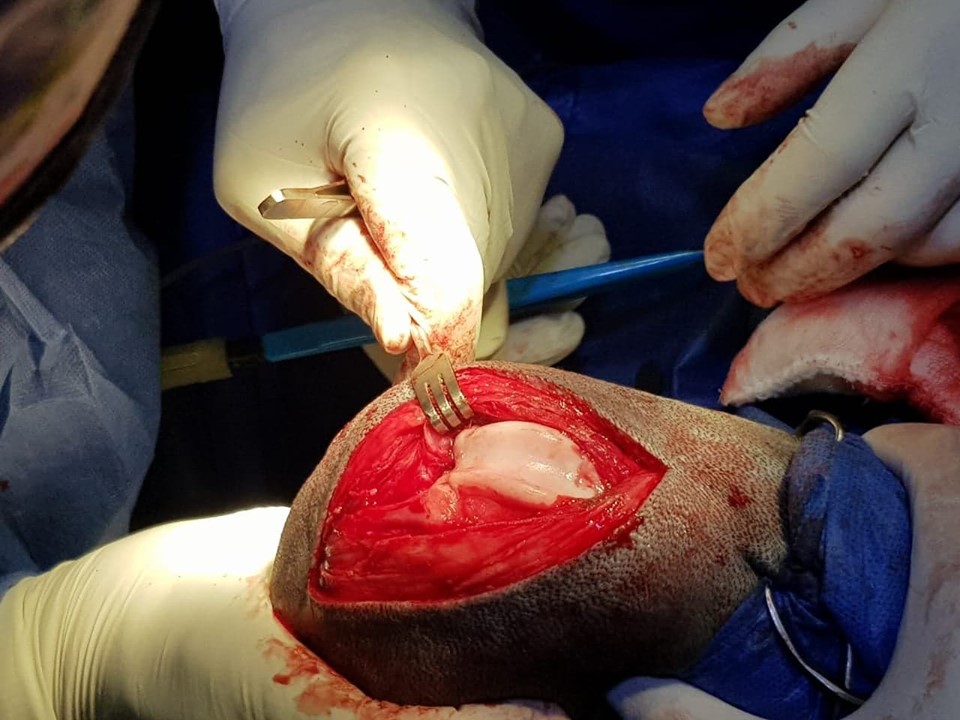 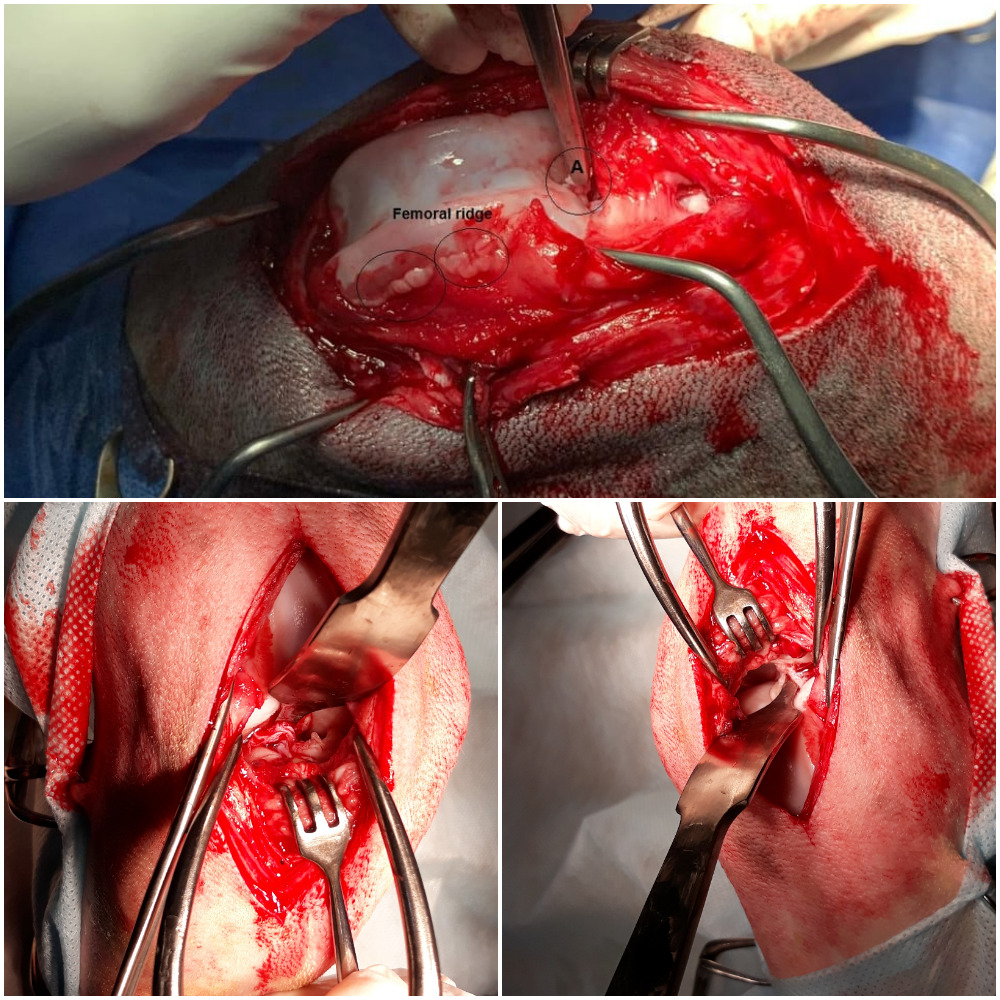 5.Closure is done by double raw capsular suture followed by muscle closure and s/c and skin 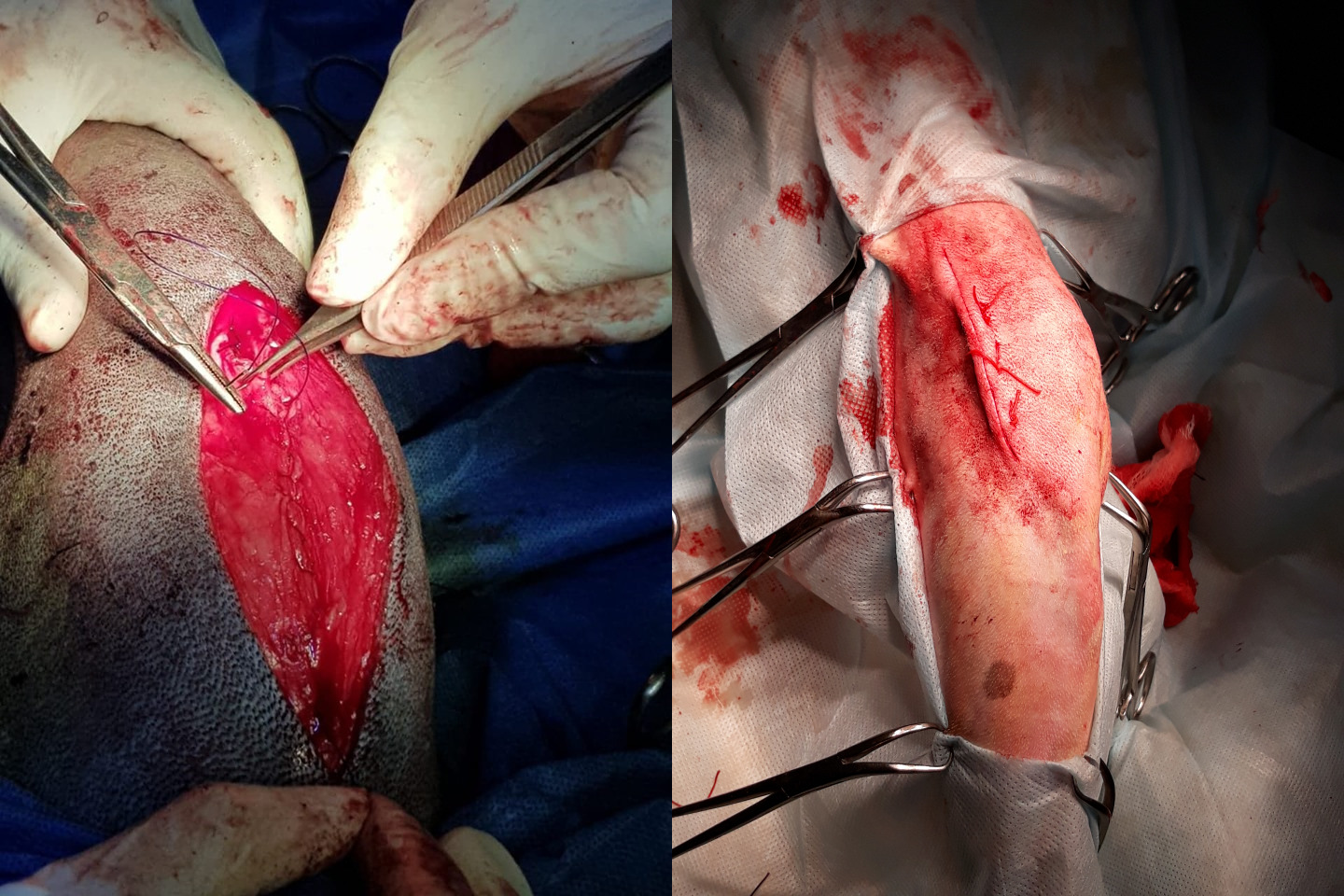 After Closure of the standard parapatellar lateral arthrototmy, TPLO is performed on the medial side of the proximal tibia. 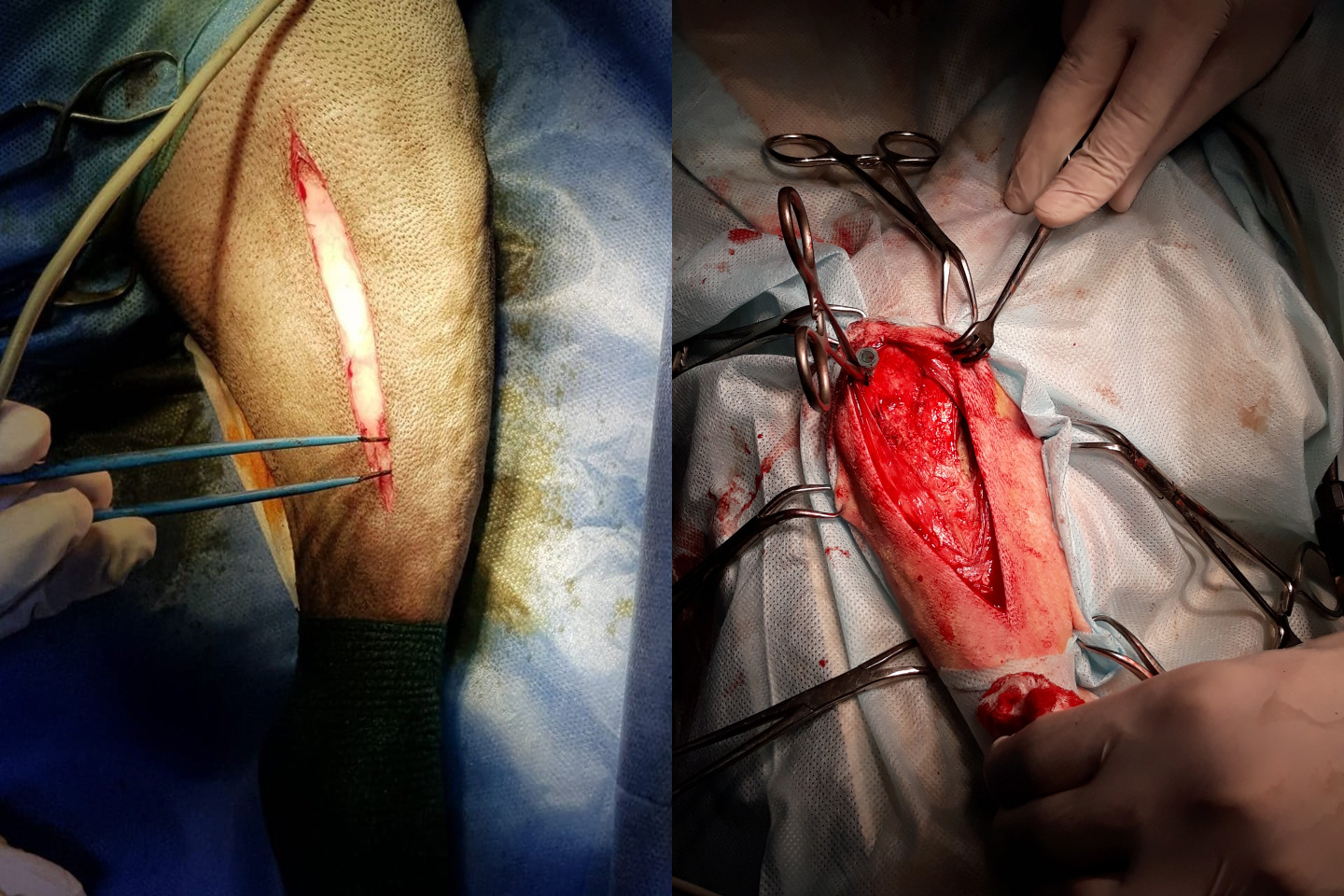 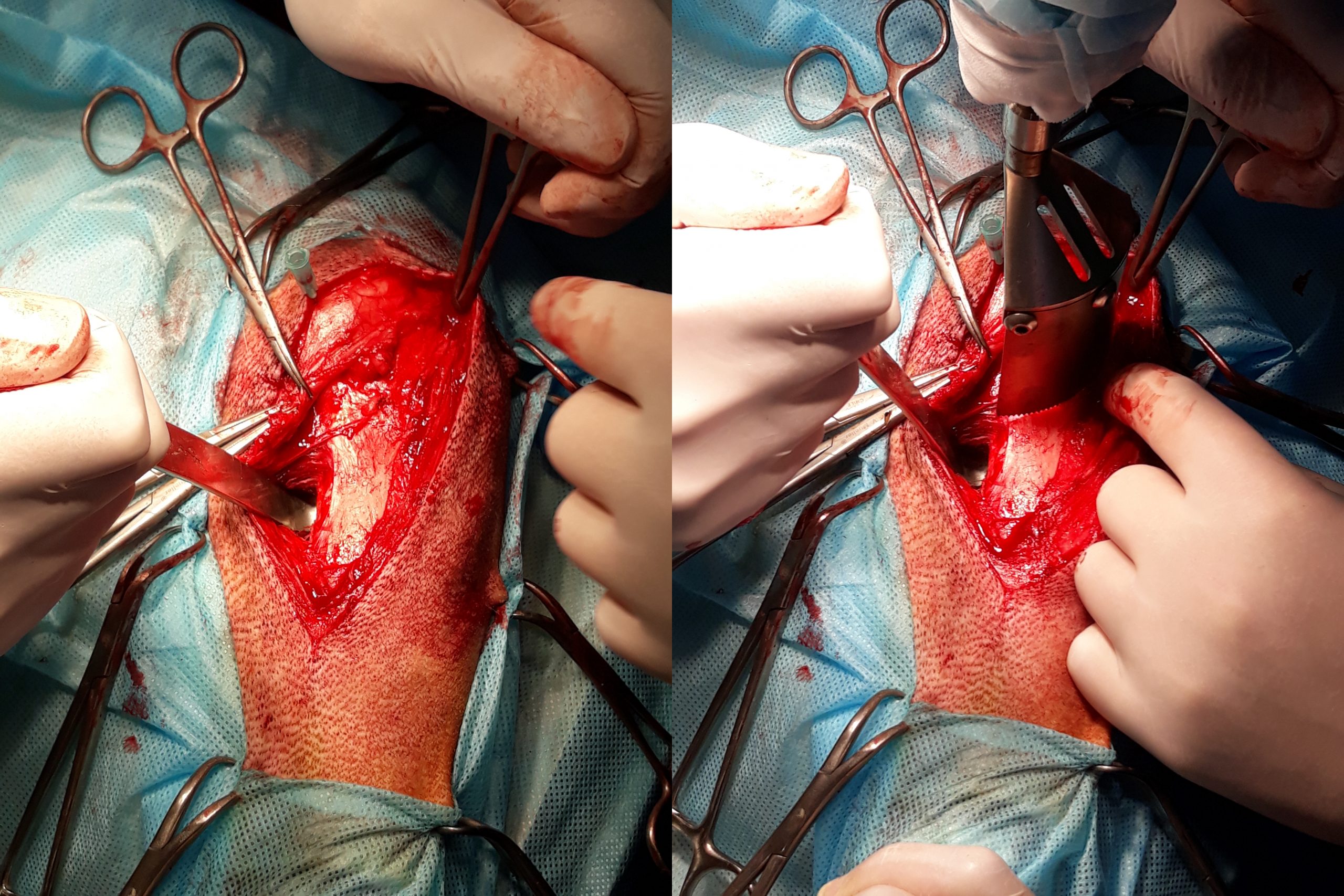 3. After tibial osteotomy, tibial plateau caudal rotation is performed according to the pre-measured TPA and TPA rotation table 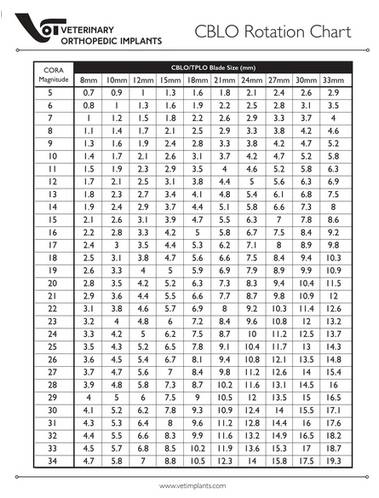 4. After rotation, TPLO plate is fixed over the two tibial segments. A variety of LCP and DCP plates are used for TPLO. 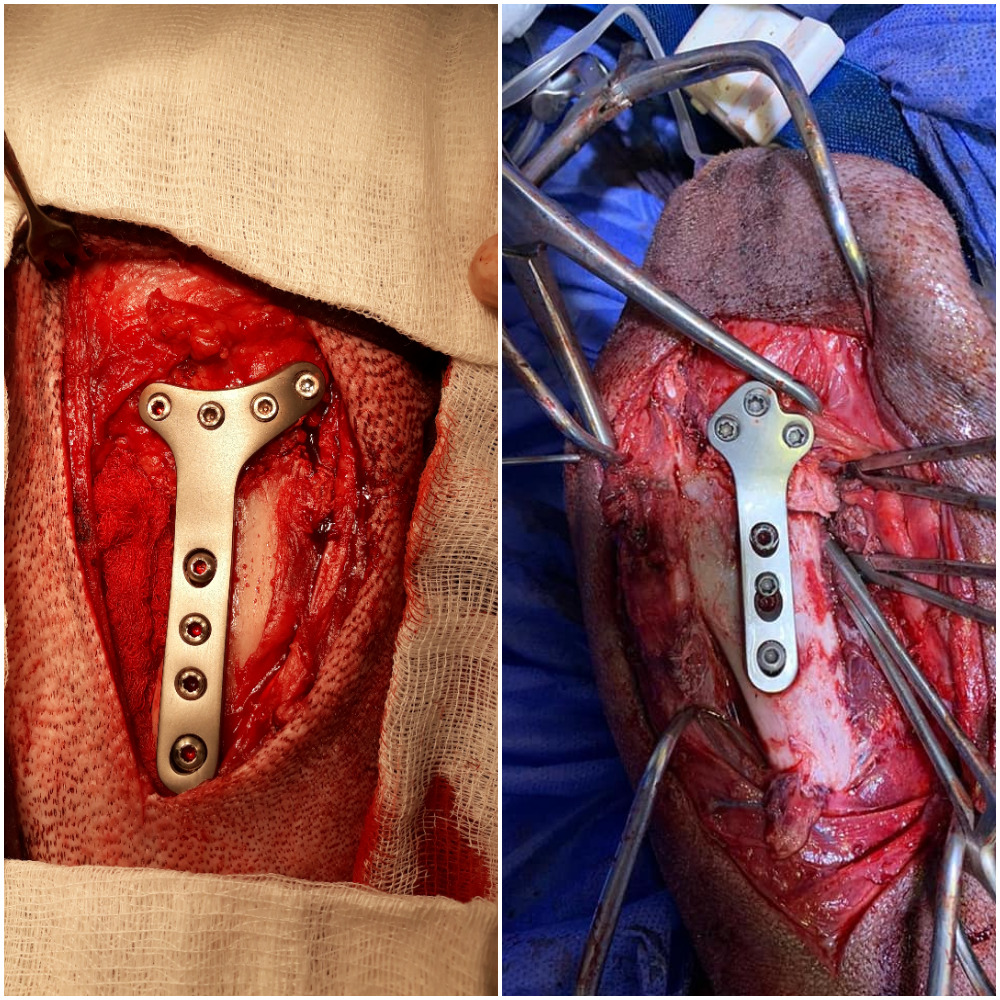 The skin is closed routinely by Simple interrupted technique 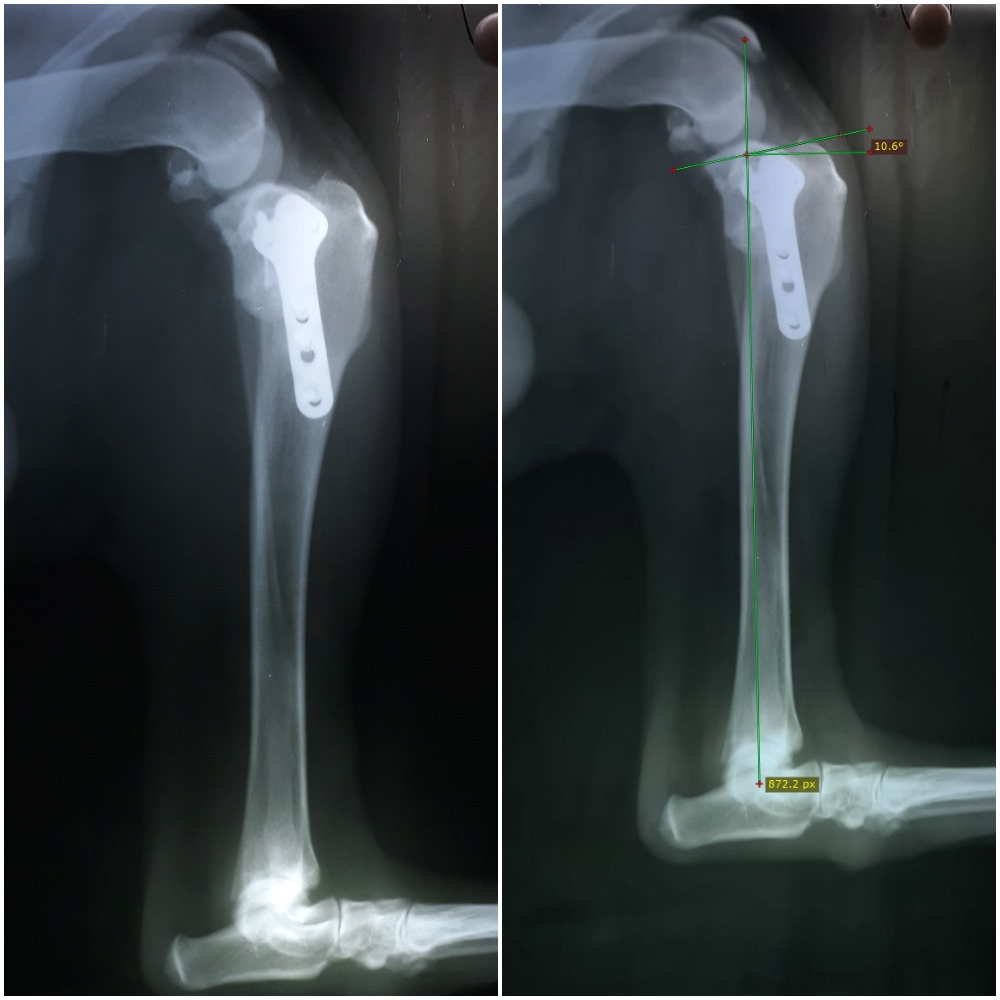 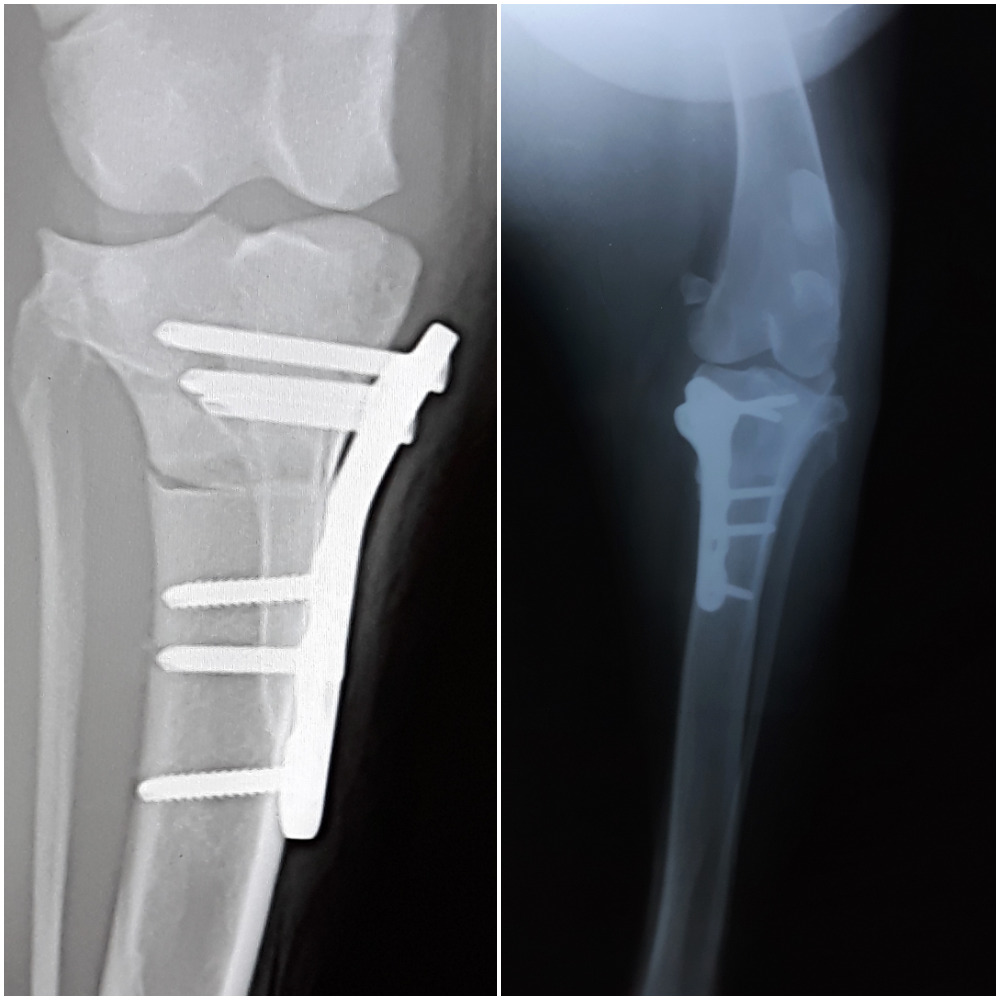 Postoperative Gait (One month after TPLO)

2.You will be given rehabilitation guidelines at discharge post-surgery, at the suture removal visit (2 weeks post-op), and again at your 8 week recheck visit for radiographs (x-rays)

1.Rest and exercise restrictions for 8 weeks.

This allows the incision and bone to heal and the knee function to return. Most dogs recover in about 8 weeks.

-Allow your dog to go outside for potty breaks.

-Slings helps bigger dogs get up and walk, if necessary.

4.Use an Elizabethan collar for the first 2 weeks after surgery to prevent your dog from licking or chewing at the incision site.

5.Keep the incision site clean and dry at all times once your veterinarian removes the bandage or wound dressing.

-For redness, excessive swelling or drainage.

-The skin staples should be removed 10 – 14 days after surgery.

-Swelling around the ankle is normal and expected the first week postoperatively.

-Apply towel-wrapped ice packs to the area (not directly on the skin).

-A cool pack that has been in the freezer for 30 plus minutes wrapped in a towel may be applied to the incision site twice daily.

8.Restrict your dog’s activity by using a small area in the home where they can stay and rest, such as a crate or an indoor circular fence.

-with a non-skid floor and NO furniture to jump on or off!

9.Use all medications as prescribed;

-Glucosamine chondroitin for one month beginning from the first day of the 4th (21th day postoperatively).

-administer analgesics and pain killers which are vital to recovery and overall wellbeing.

Within 14 days of the surgery

-Your dog should be weight bearing on the limb. This means he/she will be able to stand on the leg but will be toe touching at the walk.

By the 8th week postoperative

-Remember to go slowly and stop the session if your dog seems uncomfortable – trying to bite, kicking off you with the unaffected limb or vocalizing.

-Should begin once your pet is three days postoperatively.

-Your pet standing or laying on side (Laying position is preferred)

-Two persons are handling the dog- one to fix the head and one to perform the exercise.

-Begin by grasping the paw of the operated limb (Below the level of the hock joint) with one hand and with the other hand hold the thigh just above the knee.

-Then slowly flex the knee toward the body until you feel resistance or sense discomfort.

-Hold for 10 seconds and then slowly extend the limb to a normal “standing” position.

-Repeat these exercises 10 to 20 times 2- 4 times daily during the 1st month after TPLO.

-By about the 4th week out from surgery most pets have forgotten they have had surgery! This time will be harder for the owner than the patient. It is necessary to follow all restrictions to the 8th week of recovery to allow the complete healing to occur. Just because your pet does not display pain does not mean the healing is completed!

-Start with slow walks and a short leash on level ground for 5 to 10 minutes 2 to 3 times a day.

-Move slow enough to ensure the limb is used in every step.

-Gradually increase the time you walk and the number of walks you go on a day.

-Your pet will benefit more from increasing the number of walks rather than fewer walks covering more distance.

-Gradually increase your dog’s walks to 1 Kilometer in 15 to 20 minutes – working slowly up 10 kilometers a week.

-Slow stair climbing (both up and down) should be introduced but must be done on a leash to encourage full weight bearing and pushing off with the affected limb.

-Gradually increase the number of times and duration of the run. 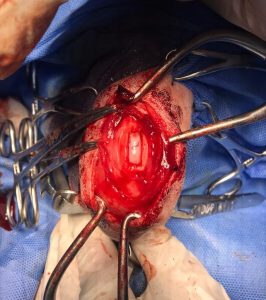 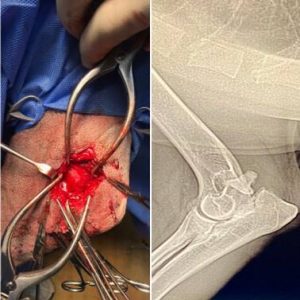 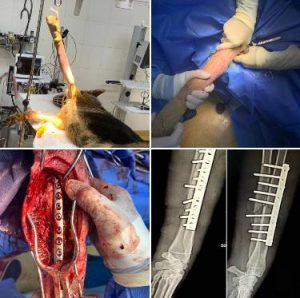 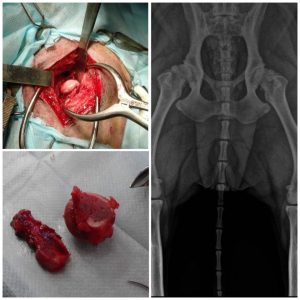 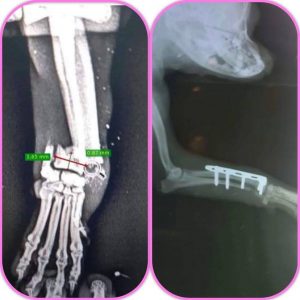 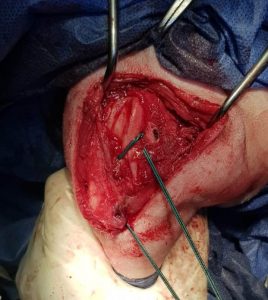