-A 3 years old male Pomeranian dog was admitted to our clinic in Riyadh, KSA with right hind limb extension and flexion deficits. 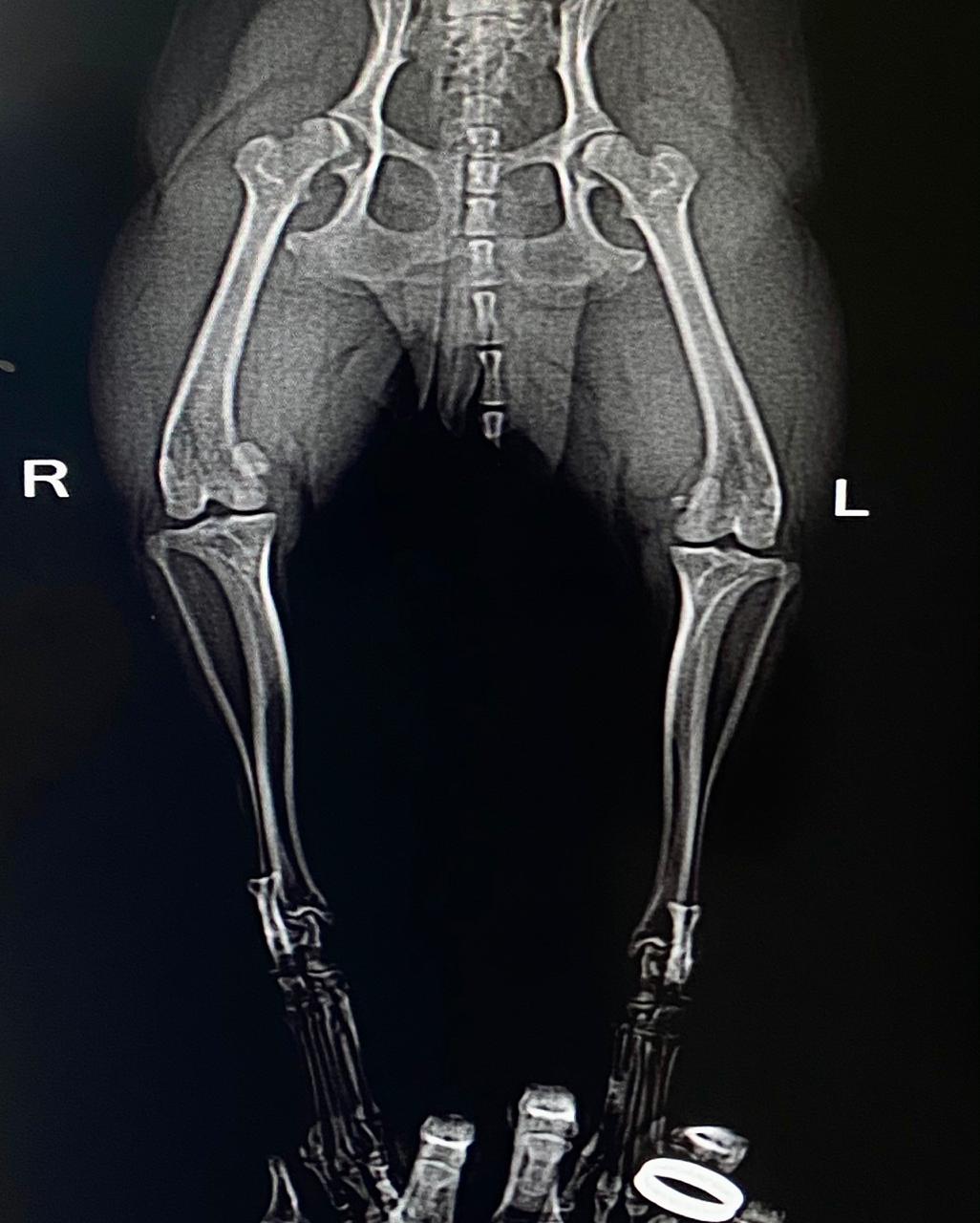 1.Lateral parapatellar stifle arthrotomy was performed according to the approach described in “Approaches to the bones and joints of the dog and cats”. 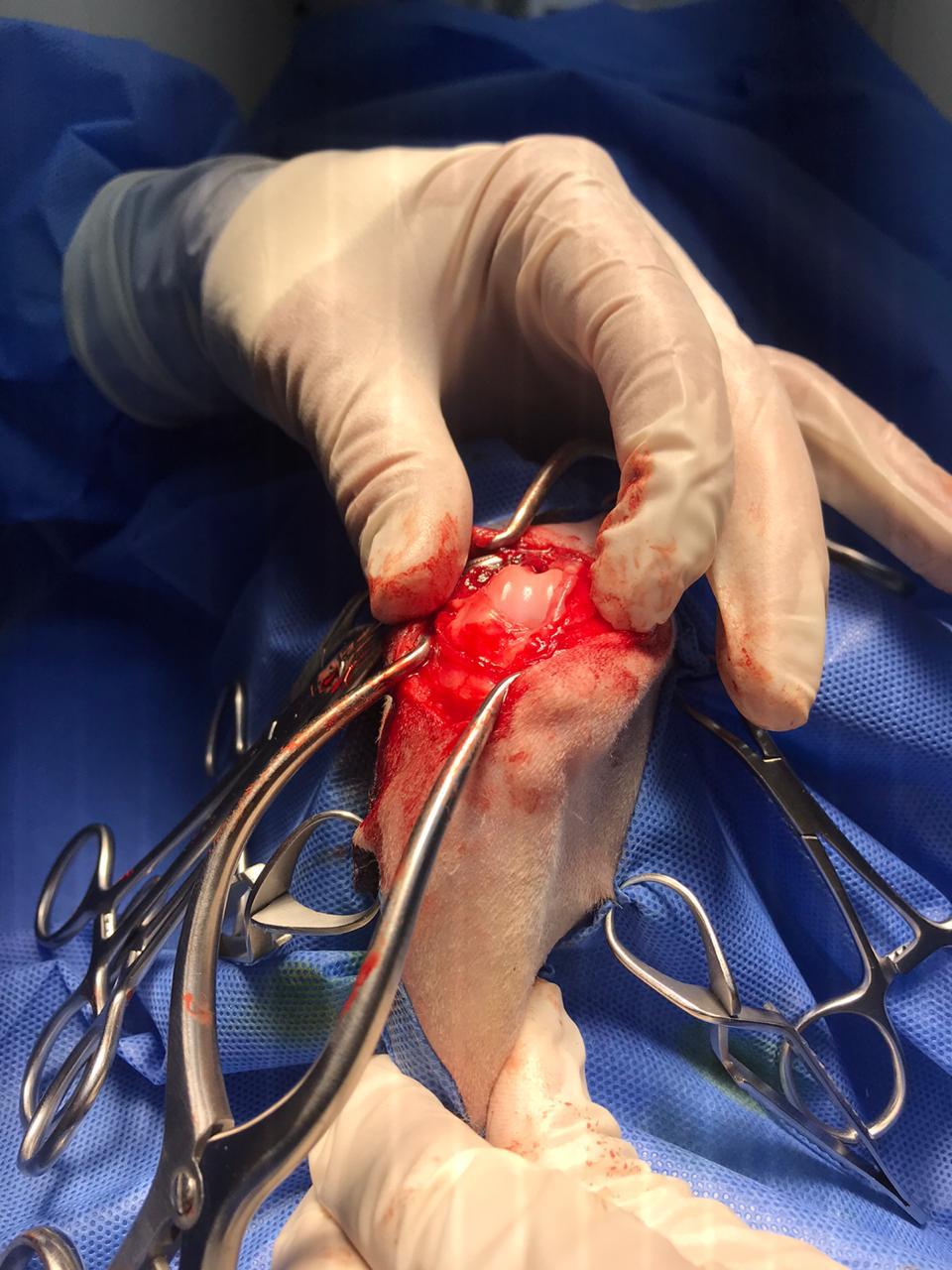 3.Block recession “Temporary removal of rectangular chondral and subchondral block; Block Recession” was performed by the use of 11 scalpel blade. 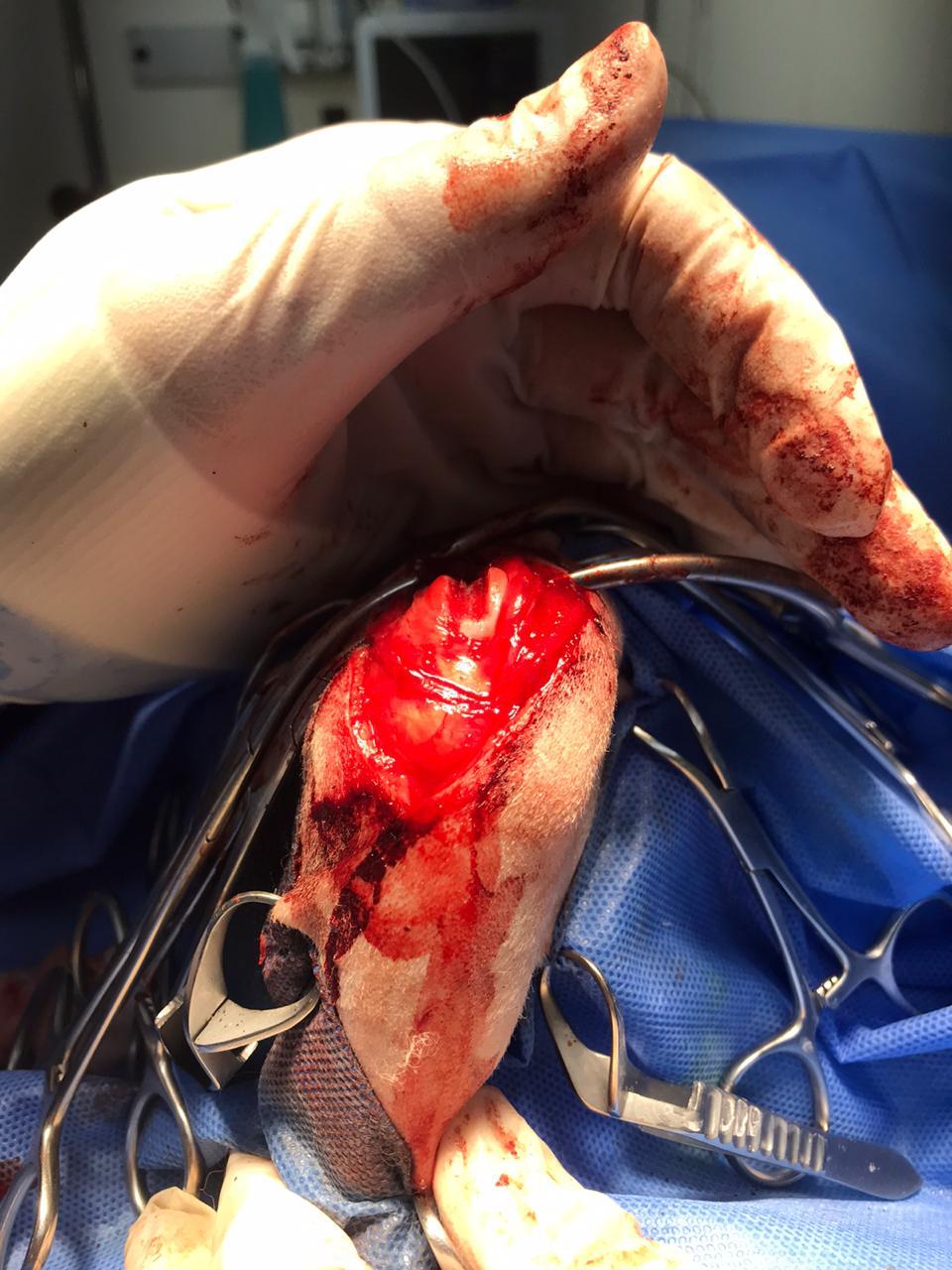 4.Replacement of the block after deepening the groove by the use of bone curette. 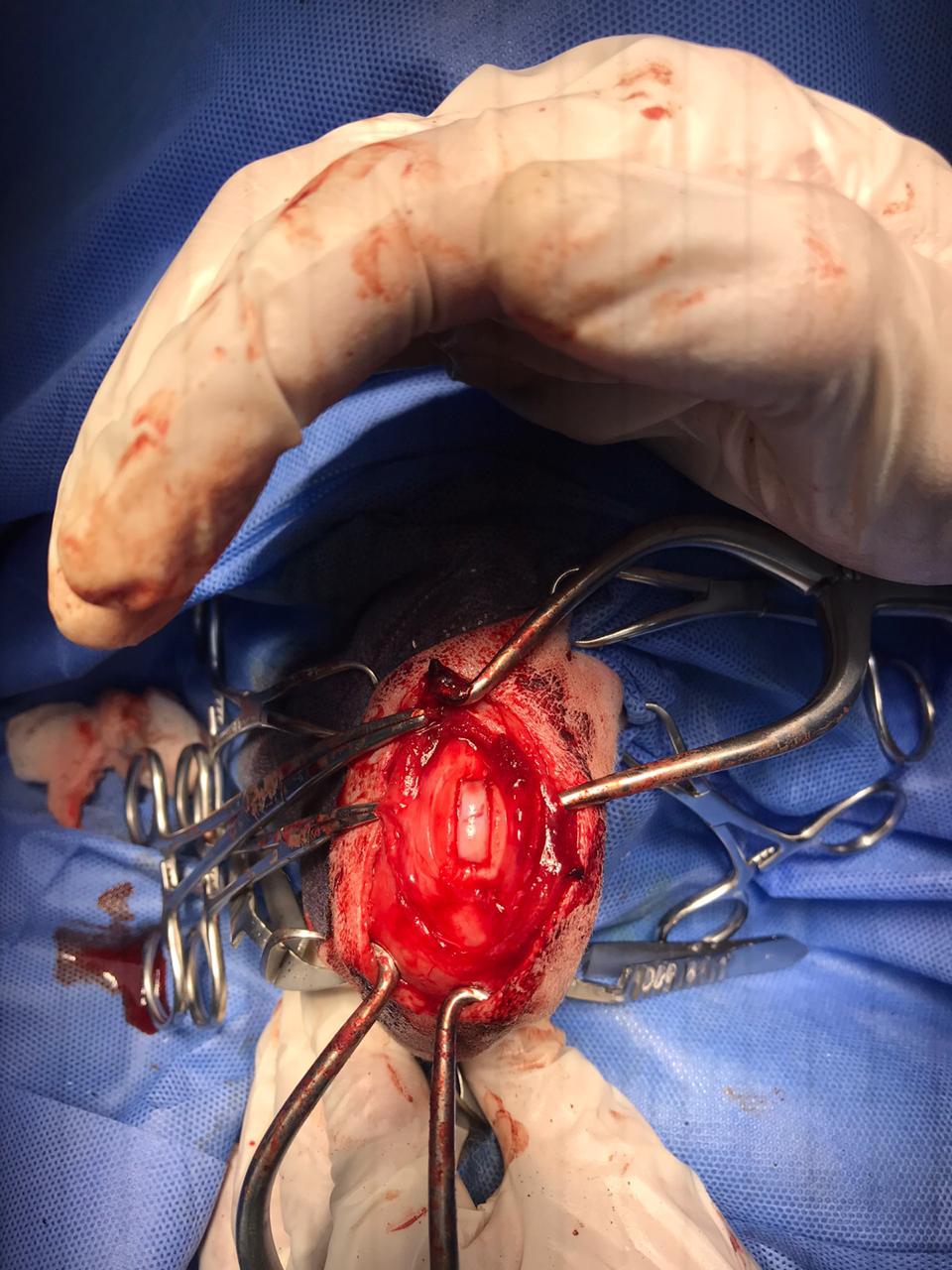 5.Replacement of patella to the femoral groove with the limb in extension position.

6.Capsule was closed by horizontal mattress sutures with eversion of incision wound edges. 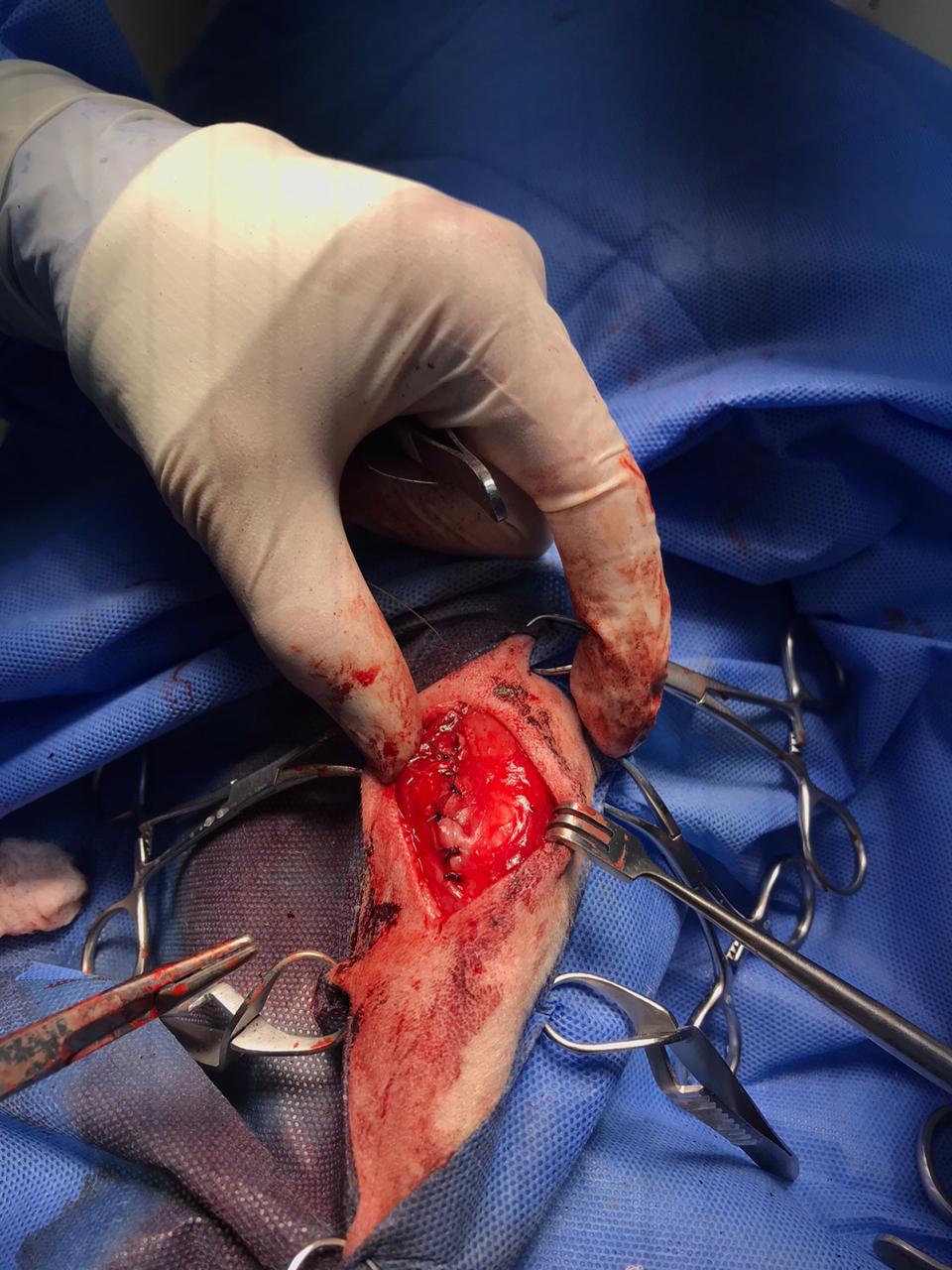 7.Skin and S/C were routinely closed by simple interrupted technique. 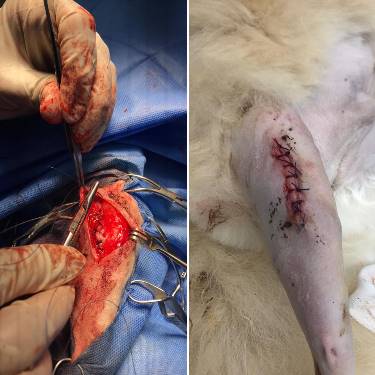 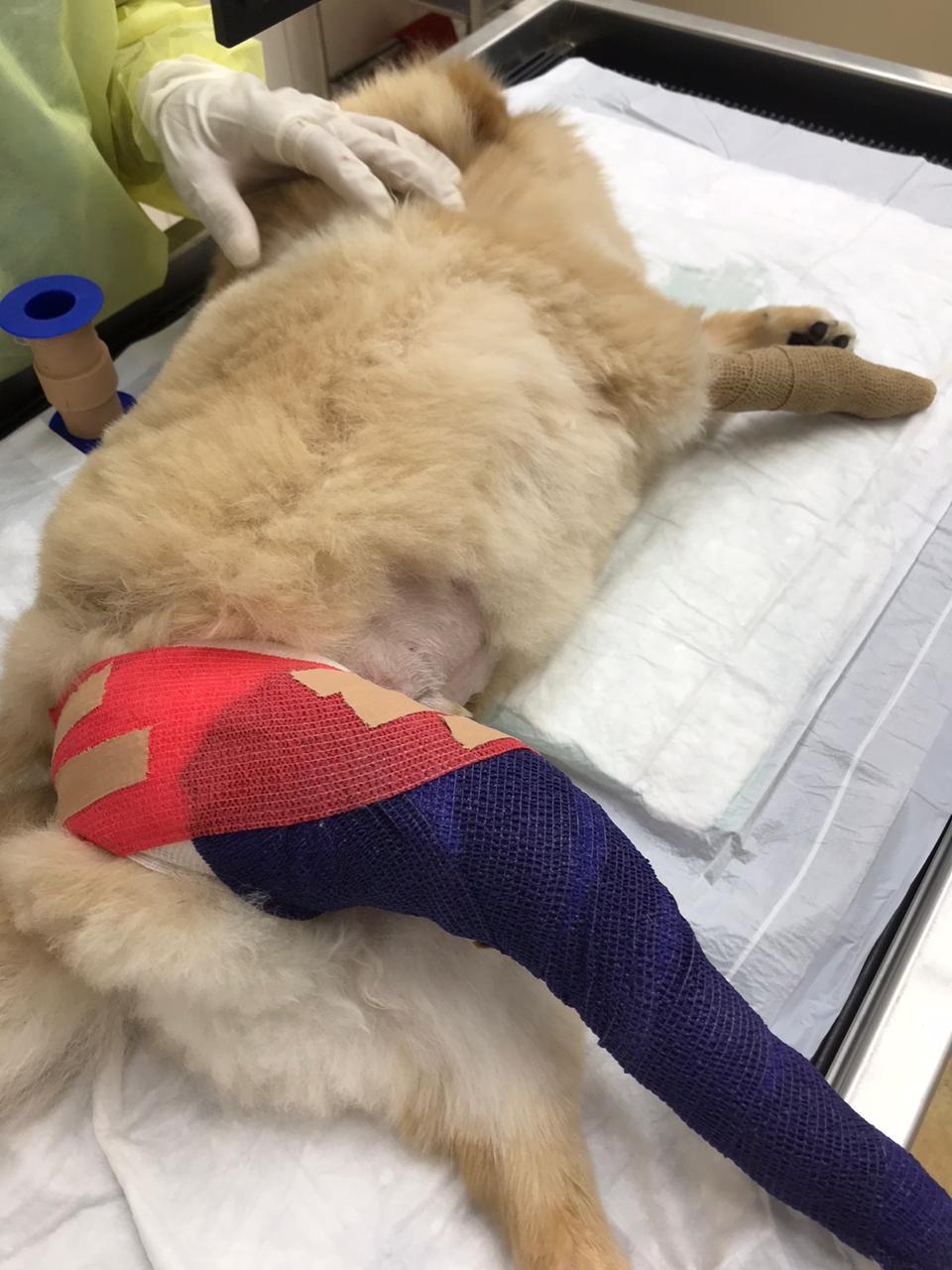 3.NSAIDs; Carprofen was prescribed for 2 weeks after surgery

Two weeks follow up after operation: The dog was using his limb well waiting for more gait improvement 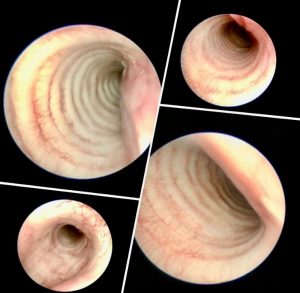 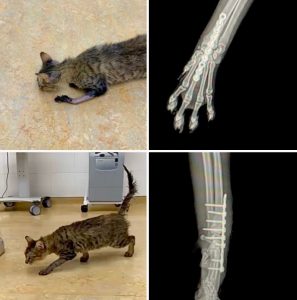 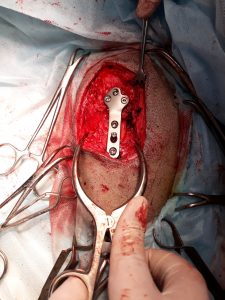 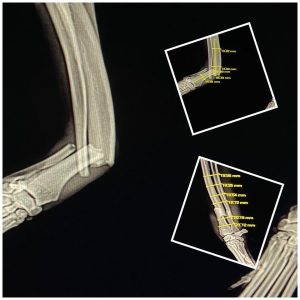 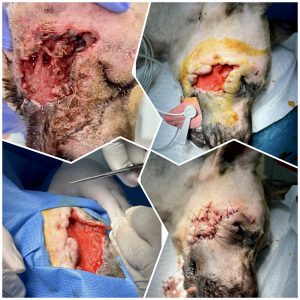 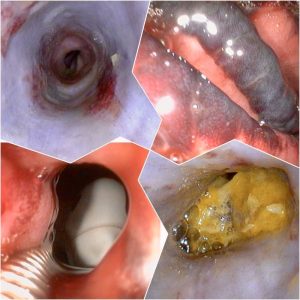